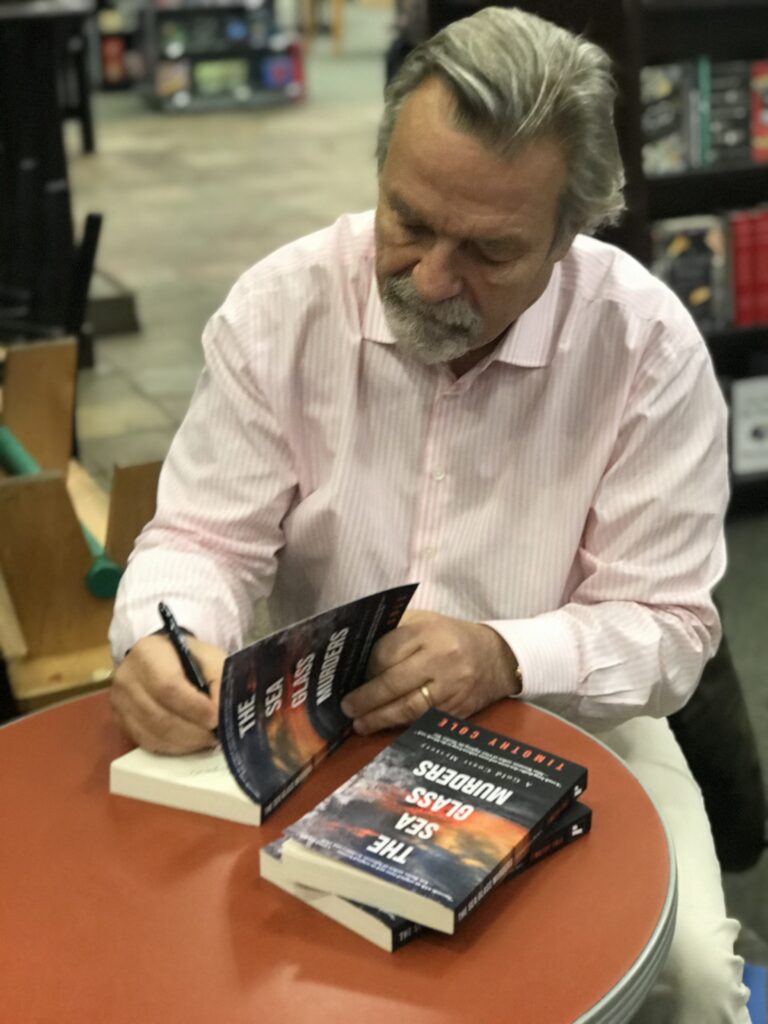 Tim’s debut novel, The Sea Glass Murders, was a finalist for the 2021 Connecticut Book Awards. He is the chief content officer of Belvoir Media Group, publishers of monthly periodicals from major healthcare centers, including Harvard Medical School, The Cleveland Clinic, and Massachusetts General Hospital. In prior roles he served in editorial positions at leading marine magazines, and was the science/technology/aerospace editor at Popular Mechanics. Tim’s editorial assignments have taken him aboard America’s nuclear Navy, to climate change studies at the South Pole, and to particle physics cyclotrons in Siberia. He is an instrument-rated private pilot, and holds a 50-ton captain’s license from the U.S. Coast Guard.  Other books in the Dasha Petrov series include Moscow Five,  a spy ring on the verge of exposure by her KGB nemesis; Last Reich, a multi-continent race to stop the emergence of a new generation of Nazi evil; and JFK: American Ambush, an account of Dasha Petrov’s heartbreaking struggle against a mounting conspiracy to murder the president. He’s also hard at work on River of Gold, set in Vietnam during the fall of Saigon. Tim and his wife, Sarah Smedley, live in Greenwich, Connecticut.

A word from the author 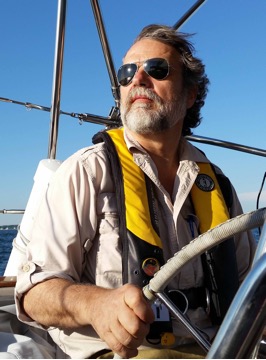 “In The Sea Glass Murders, I wanted to take the reader on a fun romp through the seamy underside of a wealthy seaside suburbia. Murder This Close offers another take on the life of Dasha Petrov, also in her upscale environment. But now, this former CIA swashbuckler is older, grayer and more vulnerable. She’s dutiful toward her loved ones, and she adores the birds and sealife at her doorstep. But she’s lonely without her steadfast love Constantine, and innocent conversations with her famous neighbors offer a pleasant diversion. Little does she realize,  her novelist neighbors each have designs on Dasha’s wealth of experience and inside information as a CIA case officer. Building the tit-for-tat between these two eccentric literary lions was immensely entertaining—and yes, a little over the top. But the narrative soon becomes deadly serious when first one, then the other of Dasha’s acquaintances winds up dead. Enter Her champions Chief Anthony DeFranco of the Westport Police Department and his gifted partner TV journalist Tracy Taggart. When Dasha is accused of double homicide, they mount the battlements on her behalf. Their wall of disbelief compels them to keep digging until a flickering light of truth becomes a shining path. The chief is much more comfortable with forensics and crime scene procedures this time, and he’s dispensed with any qualms about a conflict of interest when it comes to assisting his partner get the story of her life. (He’s biased, and who wouldn’t be.) But it’s Tracy’s keen reporting skills and Dasha’s fearless march toward the real killers’ unmasking that allows the strong women at the center of this mystery to save the day. In the end, I hold a soft spot, not for predictable tough guys and way-too-cool gumshoes, but for this elderly woman and her young friend Tracy, who each embrace their fears.