"...a crash-bang thriller that twists and turns without letup until the bloody end."

An excerpt from Murder This Close 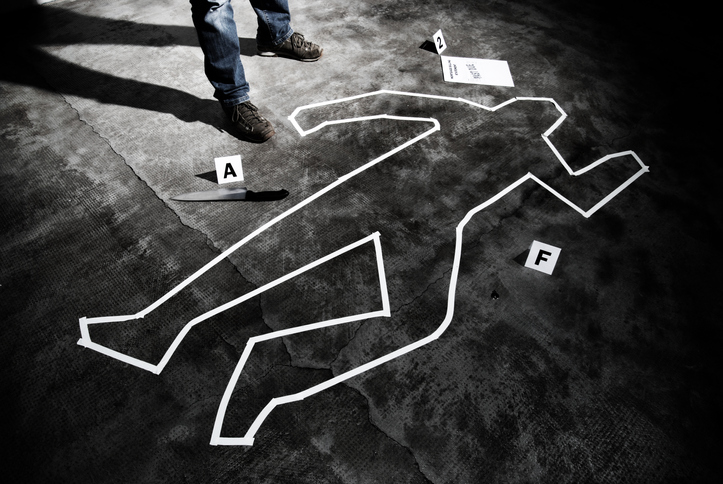 “She wouldn’t take no for an answer,” said Sam. “She’s coming up to the pool.”

It could only be Dasha, thought the chief, watching his old friend approach just as the thought vanished . . . to be replaced by the living embodiment of Dasha Petrov before him. His dear old friend, to whom he owed so much, was moved to tears.

“Where is Barnaby, chief?” she asked, looking at the pool of blood, the milling police officers, the gathering of a catastrophic momentum

“Dasha, Barnaby Jayne is dead,” he said, holding her by the shoulders and looking into her sad old eyes. He knew he’d have to hold her up, and as predicted, she sagged and shuddered at the delivery of this diabolical news. Tracy took her to a chair by the pool and sat with her, holding her hand. DeFranco, Tracy Taggart, and Dasha Petrov were now comrades-in-arms, having survived an armed intrusion by the serial killer Robert Altman. Tracy sensed the loss of her friend Barnaby had dealt Dasha a devastating blow. She and the chief watched their friend stare into the cool blue sound. A terrible reality had suddenly intruded on Dasha’s simple life of caring for Galina and feeding the swans.

Detective Stanley Ferguson came up to the triumvirate. He knew Tracy, of course, and he had more than a passing acquaintance with the remarkable Mrs. Petrov. Tracy could tell he was a trifle disturbed to have civilians at his crime scene, but Dasha Petrov was a neighbor of the decedent, and her presence could be justified as part of the ritual neighborhood door-knocking. But Tracy was media, and to Ferguson media always spelled trouble. She sensed Ferguson was trying to navigate these troubled waters. “How is Alice?” Tracy asked, referring to Mrs. Ferguson. “Didn’t she sprain something recently?” Ferguson was obviously pleased to have NBC’s high-flying reporter take a personal interest in his family.

“She’s fine,” said Ferguson. “Thanks for asking.” Ferguson turned to the chief and permitted himself a first, tentative theory: “Bullet fragment analysis will be the whole ballgame.” Dasha was pacing. Tracy knew she was watching a deep well of frustration.

“Motive, gentlemen,” Dasha finally said. “Who would want to kill Barnaby Jayne? And who would have the opportunity? Those questions are every bit as consequential as your bullet fragments, assuming you can find them.”

Tracy looked at Ferguson, who was looking at Dasha, and she could feel the test of wills—like static electricity—ignite the air between them.

“We’ll get to that, Mrs. Petrov,” Ferguson said, “…in time.” The chief allowed this interplay to run its course. He’d survived the receiving end of Dasha Petrov’s penetrating insight and analysis. The woman was impulsive if not impetuous. But she leaned directly into the fight, and that had its advantages.

“While you’re looking for bullet fragments, evidence of the killer or killers might be in plain sight right on this property,” she said.

“Okay, Mrs. Petrov,” said Ferguson. “Where would you start solving this murder?”

“Let’s get out of the sun,” said Dasha. “Tammy and the children are in Turks and Caicos if memory serves. Let’s use Barnaby’s study.”

Dasha led them inside, and Tracy wasn’t surprised she knew where she was going. Dasha turned to Ferguson.“I presume you’ve interviewed Miguel,” she said.

“We have,” said the chief, “but Dasha. Do the Jaynes have any other domestics?”

“Yes, but this is Felicity’s  day off. She’s the maid. Comes from the Philippines, if I’m not mistaken. Island of Cebu.”

“Do you know how we can reach her?” asked the chief.

“Her home number will be in Barnaby’s address book,” said Dasha. “You have found that, haven’t you?”

Dasha swept into the study and sat down at the great author’s desk. She rummaged around the loose papers, clearly frustrated.

“Did you check his pockets? Slender blue book with all his contacts. He was in the process of moving everything over to his computer, but he always needed to have his contacts in his little book.”

Ferguson left the room, muttering “I’ll call the ME. Maybe it’s still on him.”

“Have them check the floor of the van,” said the chief to Ferguson’s retreating figure.

Tracy looked up at the walls of the author’s study. Jayne’s collection of bludgeons, axes, and daggers was a testament to man’s inhumanity to man. In a bookcase were thumb screws and shackles and peculiar devices of curious origin and dubious utility. His crossbow collection spanned the arc of history, from an ancient Greek device called a gastraphetes, according to an engraved identification card, to a fifteenth-century German wallarmbrust used for ‘siege defenses.’ Jayne’s fascination with this ancient device included a DaVinci sketch of a crossbow from the fifteen-hundreds and concluded with a modern composite hunting crossbow with articulating cams, a carbon fiber stock, and sophisticated optics. Jayne clearly was a man of deep enthusiasms. Dasha noticed Tracy’s wandering attention.

“Only part of Barnaby’s collection,” said Dasha. “He was a student of the macabre…”